This is the feeling you get once you arrive on the island you find yourself suddenly in a magical garden of intense colours and bewitching scents.

Salina, from the Greeks and Romans called Didyme, mate, because of the two mountains facing the Monte dei Porri and Monte Fossa, owes its name to the brackish pond site in the far southeast side of the island, from which salt was mined for the preservation of capers. The pond lost the old function, today is a special protection area because it is a  rest area for many migratory birds like lamingos and herons.

The island has an area of 26.8 km2; is the second biggest after Lipari and is organized in 3 municipalities Santa Marina, Malfa and Leni. Landings are two: to the East, the port of Santa Marina to the South, the port of Rinella. Set in the middle of the archipelago, equidistant from the other islands in the three directions Panarea-Stromboli; Lipari-Vulcano; Filicudi – Alicudi is strategically located as it makes it possible for those staying on the island to visit the other islands with boat trips with experienced sailors and onboard dinners with Aeolian dishes flavored with capers and wild fennel.

Salina shares with Lipari the ancient history: it was one of the first to be inhabited; some reports date back to 4500 BC the first settlements. The specimens are preserved in the Museum of Lipari and to the latest list of Language village of Santa Marina.

Fascinating is its volcanological and geological history: 5 routes between sea and land have been arranged. An updated guide of trails with travel times and with information about the level of difficulty make it safe and peaceful for hiking.

Il B&B Villino Miraglia is in “Lingua” a fraction of  Santa Marina at a distance of only 1,8 km.  An ancient fishing village, Lingua seems almost lying on a thin strip of land, caressed by the wind from the East and West and enjoys a particular microclimate: even in warmer weather a breeze gently sloping from the mountains and relieves from the of heat.

The cottage which is about 100 meters from the sea, enjoys this favourable position. Surrounded by greenery, among fruit trees and plants with strong scents and bewitching, the Villino recalls the ancient buildings architecture “pulere” Aeolian (columns) that support the ” incannucciate ” and “bisuoli” (stone seats) embellished with bells and Sicilian tiles, both ancient and modern. From the terraces the islands of Panarea and Stromboli can be seen, at times sharp and other evanescent. On the front, beyond the white balustrade, a small bell tower of the Church and a secular Palm interrupt the endless horizon. On the right the sweet silhouette of Lipari which at sunset takes on a thousand nuances. Oriented to the east, the house allows guests to follow the reassuring sunrise.

The “red “Moon playing hide and seek behind the hills of Lipari, turning silver in the reflection in the water in front of the House, offers emotions  that only nature can offer. In the dark, under a starry sky, with the slight sound of the surf, maybe sipping some good malvasia worries and troubles seem to doze off. 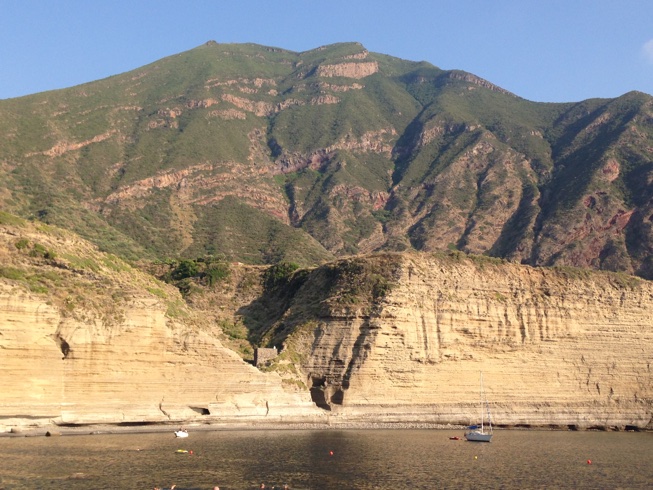 In the village of Pollara, located within an ancient caldera, the film “il Postino” by Massimo Troisi was shot. 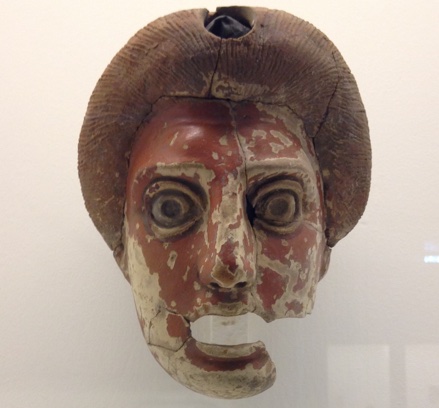 In Lipari you can visit a beautiful archaeological museum, inside which there is an impressive collection of artefacts that belonged to the first inhabitants of the Islands, from the Neolithic period to the more recent “Greeks and Romans.